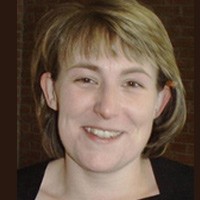 Maureen Silver was born on September 27, 1975, to John and Tina Silver in Oxford, Mississippi.

John Silver was a math professor at the University of Mississippi, and Tina Silver worked at the Alumni Association. An only child, Maureen became self-reliant at an early age and always showed a tendency to aggressively go after anything she wanted.

In school, Maureen was a quiet student who excelled in the classroom. The few people in school who really knew her liked her, but for most of the student body, Maureen was pretty anonymous.

Neither popular nor ostracized, Maureen moved through the Oxford school system without becoming very well known to her classmates. They didn't like her and didn't dislike her. They just didn't notice her.

Maureen always made sure that she knew what was going on in Steve's life and often initiated contact between the two.One night, after seeing a movie, Maureen grabbed Steve and began kissing him. He seemed hesitant at first, but eventually he followed her up the steps to her apartment.

The very next day, Maureen started calling and asking for another date. Steve fell into a routine with her of dating and spending time together. Maureen could tell that he wasn't really into it, but she liked being around him and thought he would eventually begin to fall in love with her.

After some time of dating, Maureen and Steve spent New Year's Eve 1996 together. They had been together for a while, and although Steve wasn't exactly passionate about Maureen, he did enjoy being with her and he appreciated the way she treated him.

Shortly after midnight, Maureen shocked Steve by asking him to marry her. He was stunned into silence, but Maureen told him she would give him some time to think about it. A couple of days later, Steve accepted Maureen's proposal. The couple was married May 24, 1997.

For the first few years, Maureen thought Steve seemed happy with the marriage, but in recent times, Maureen sensed his growing dissatisfaction. When Steve and his friend started their computer business, Maureen offered to handle the business aspects of the operation. She thought this would bring them back together, but it didn't seem to have any effect.

Since the beginning of the year, Maureen thought Steve had been acting even more distant than before. He came home late and kept odd hours.

Finally, Maureen couldn't take the uncertainty any more, and she hired a local private investigator to find out what Steve was doing. The investigator didn't have much evidence yet, but it was clear that Steve was spending time talking to his high school girlfriend, Missy.

Maureen was incensed at what she thought was Missy's theft of her husband. Ever since that first high school crush, Maureen had been jealous of Missy, and she never felt like Steve really got over the breakup.

Maureen couldn't stand to let Missy think that she was getting away with it, so she confronted Missy at the hair salon. She hoped that embarrassing Missy in front of all the customers would be enough to scare away her rival, but if Maureen had to do more to save her marriage, she would gladly do so.