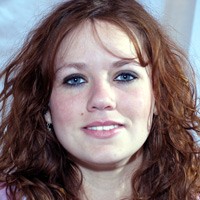 Selena Crosscroft was born in Memphis, Tennessee, on August 11, 1976. Her father, Jimmy, worked construction while her mother, Diane, occasionally worked at a gift shop.

Life in the Crosscroft household was difficult. Money was always short, and Jimmy often worked extra hours or took on odd jobs to supplement the family's income.

From a very early age, Selena was known as daddy's little girl because of the way she idolized her father. And clearly, Jimmy adored the young child. Diane was short-tempered and rarely at home, so Selena never developed much of a relationship with her mother.

As Selena got older, she began to resent her mother. The family's financial troubles were made worse because of Diane's unwillingness to work. Every once in a while, she would go help out at the gift shop, but she steadfastly refused full-time employment.

Even though she didn't work, Diane was seldom around the house, and Selena grew up as a typical latchkey kid. Her mother was never there, and when she was around, she was mean and hateful to Selena.

Selena's friends often wondered where Diane was when they came over in the afternoons. Selena would say that her mother was at the store or running errands, but the fact was that she didn't know what Diane was doing. Diane would just disappear for hours on end and leave Selena alone in the house, hungry and scared.

Sometimes Jimmy would take his daughter with him to work, but construction sites are not the most suitable places for young children, so the majority of the time, Selena sat in front of the TV and rummaged through the kitchen for something to eat.

When she started sixth grade, Jimmy took Selena for a drive one day and told her that there would be a divorce. He told Selena that he wanted her to live with him and that they would be happy together. Jimmy put on a brave face and said that he still loved Diane but sometimes adults just can't live together, and all the other clichés that parents tell kids about divorce.

But by then Selena knew the real reason — Diane had been having affairs for years. Selena never really admitted it to herself, but faced with the divorce, it suddenly became clear why her mother disappeared so often.

As the divorce proceedings neared, Selena tried to remain polite and loving to her mother, although she desperately wanted to move out with her father and start over again. Selena was confused when she learned that Diane had filed for custody. Diane had never seemed interested in her before. Why did she want her now?

In court, the whole thing seemed to go by so fast. They put Selena on the witness stand and asked her what she wanted. She told them, calmly and confidently, that she wanted to live with her father.

And then, the next thing she knew, the judge had awarded sole custody to Diane. The swiftness of the decision shocked Selena. More time was spent deciding who got the car than which parent got custody of the child.

Jimmy told Selena that he would fight it and that he'd get custody sooner or later. And with that, the little girl unpacked her bags in her room and watched her father leave without her.

The relationship between Selena and Diane didn't change very much. Once again, Diane stayed gone most of the time, occasionally inviting the men over to their house. But for the most part, Selena was neglected again.,

Over the years, Jimmy tried on several occasions to get custody of his daughter, but each time, the request was denied. By Selena's senior year, he just gave up since she would be starting college soon.

At Memphis State, Selena majored in social work and she worked in local hospitals and social welfare offices for her practicum experience. During this time, Selena saw the pattern repeated time and time again. No matter how unloving, uncaring, even unfit the mother might be, the kids always went with the woman.

Selena was aware of one case in the system where a woman had five children and had abused every single one of them, and still the father was denied custody. Selena began to write all of her research papers on the ignored rights of fathers and managed to get published in several scholarly journals.

After graduation, Selena moved to Oxford where she had accepted a job at the North Mississippi Regional Center. On the Fourth of July weekend in 1999, she met Roger Hammond at a picnic.

They immediately began talking about his divorce and how much he missed his daughter. Selena offered to try and help Roger with the custody battles, and the two began spending time together. Shortly thereafter, they began dating.

During their relationship, Selena has helped Roger regain much of the confidence he lost during his drug period and divorce. She constantly reviewed divorce law and custody statutes, looking for something that would give him an edge in court.

She also worked with him on ways to rebuild his relationship with Liddie and advised him on how to approach the young girl. Selena even used his case as an example for an article she published in a national magazine concerning the plight of divorced fathers.

Selena is ready to marry Roger, but he constantly evades the issue. He says that he isn't ready and that he needs to get the situation with his ex-wife and daughter under control before he can get married again.