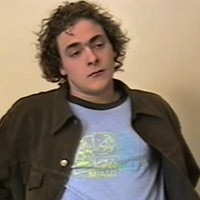 DOB: 8/9/72
Occupation: Warehouse associate
Hometown: Oxford, MS
Relationship to case: Victim's boyfriend
Excerpt: "By the first of the year, he was growing tired of Missy's demands on…"

James Peter Wallace was born August 9, 1972, to Robert and Amanda Wallace in Oxford, Mississippi. JP, as he has been called since he was an infant, is the youngest of the Wallace children. His brother Rob was born in 1967, and his sister Heather in 1970.

Robert and Amanda Wallace were strict but loving parents to their trio of children. Robert, a mathematics teacher at Oxford High School, expected his children to respect their elders, maintain discipline in their school and personal habits, and be examples to their peers in all situations, especially at school. Amanda, a children's church choir director and Sunday School teacher, raised her children with strong moral values.

Their eldest son, Rob, thrived in this environment and excelled in school from an early age. He graduated high school at the top of his class, attended Emory University and Emory School of Law in Atlanta, Georgia. He has become known as one of the best young international law attorneys in the Southeast.

Heather Wallace was an introverted child with a remarkable talent for playing musical instruments, including the piano, the flute, the clarinet, and the guitar. She was a good student, but preferred to devote her time to playing music. She attended the University of Mississippi in Oxford, where she majored in Music Education, and now is a popular music teacher at an elementary school in Tupelo, Mississippi.

JP Wallace was always very different from his brother and sister, to his parents' great dismay and disappointment. He was never interested in school and resented the rules he was expected to follow, both at school and at home.

Throughout his academic life, he was a lackluster student with barely passing grades and an atrocious conduct record. In elementary school, JP was frequently sent to the principal's office for picking on other students, talking back to teachers, failing to do his homework, and disrupting class. Each year, JP managed to find new ways of causing trouble to add to his bag of tricks.

When JP got out of high school, his father informed him that either he had to enroll in a college or vocational school or he had to move out of the family home. JP moved out.

He drifted from one low-paying job to another, spending most of his income on partying and barely making ends meet. Along the way, he started smoking marijuana. He soon discovered he could buy a larger quantity than he needed, keep some for his own personal use, sell the rest, and end up with a profit.

Within a year, he was making enough selling drugs to support himself, but he always had some kind of part-time job so he could keep up appearances when he needed to and to give himself something to do with his time.

In October 2000, JP met Missy Hammond at Proud Larry's bar one night and quickly decided to add her to the succession of women in his life. The two started seeing each other, and JP found he actually liked Missy, in spite of himself. In the past, he got bored quickly and never dated a woman much longer than a month, but he enjoyed Missy's fun-loving side and let his self-imposed, one-month deadline slide by.

But even though the magic had lasted longer than usual for JP, by the first of the year, he was growing tired of Missy's demands on him and his behavior. Their relationship turned ugly on January 5, 2001, when an argument ended with JP's arrest, but the two continued to see each other after that for reasons neither could quite explain.

On January 26, 2001, Missy and JP had another heated argument in front of witnesses, and JP left Missy's house in a rage. He returned a few minutes later, but Missy would not talk to him. When Missy's neighbor, Kevin Travers, came out to confront him, JP decided to abandon his attempt to talk to Missy, rather than risk being arrested again.

JP swears that he hasn't been to Missy Hammond's house since then and that he never saw her again, alive or dead.