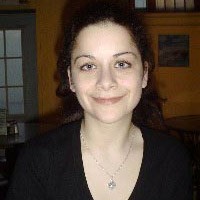 DOB: 7/18/75
Occupation: Hairstylist
Hometown: Oxford, MS
Relationship to case: Victim
Excerpt: "Sometimes the fights escalated into the breaking of furniture and dishes and even violent…"

Melissa "Missy" Dale Hammond was born on July 18, 1975, to Rachel and Jonah Dale in Oxford, Mississippi. Missy's mother had a difficult pregnancy and even more difficult delivery with Missy. After 36 hours of labor, the doctors finally determined they had to bring Missy into the world by cesarean section, an ordeal which Rachel never seemed to recover from.

To add to Rachel's pressures as a young mother, Missy had terrible bouts of colic and dairy allergies, causing many sleepless nights. Though by all reports, Rachel loved and adored her daughter, she was not cut out for motherhood. In 1981, Rachel packed her bags and left her husband and daughter, never to return.

As a result, Missy clung to her father Jonah and easily gave in to feelings of abandonment. Because of her mother's desertion, Missy vowed that when she was a mother, her child would always know she loved her and that she would be there for her no matter what.

Missy attended Oxford High School where she met and fell head over heels for Steve Kirby, a math whiz and one of the first in her school to develop an intense interest in computers. Though he was not considered one of the "cool" kids, Missy thought he walked on water and she had no interest in any of the jocks or popular boys.

Steve could hardly believe his luck in having one of the prettiest girls in school as his girlfriend and, consequently, was often insecure and jealous without justification. Though Missy tried to reassure him, Steve was never quite sure she really cared for him.

In their senior year, Steve became insanely jealous of the attention that Roger Hammond paid to Missy and would hit the roof whenever he saw her talking to Roger. Missy, at her wits end, finally broke up with Steve because she could not tolerate his accusations anymore. She began to see Roger, at first out of spite, but really to make Steve come to his senses and fight for her.

But Steve did not fight for her. Despite a couple of attempts at reconciliation, they never reunited.

Shortly after her breakup with Steve and while she was dating Roger, Missy became pregnant. She told Roger about the pregnancy, believing he would break up with her, but to her surprise, after some discussions he proposed. Not knowing what else to do, she accepted Roger's proposal, and they married shortly after graduation in 1993.

The following December, Missy gave birth to a daughter, who she and Roger named Lydia and who quickly acquired the nickname "Liddie."

Though Missy had grown up without a mother and was determined that her own child would not grow up without both her parents, she realized early on in the marriage that she and Roger were wrong for each other. They argued constantly. Sometimes the fights escalated into the breaking of furniture and dishes and even violent threats.

After nearly four years of marriage, Missy took Liddie, left Roger, and filed for divorce. After a bitter battle over custody and having to defend herself from false accusations, the divorce was granted, and Missy was awarded custody of Liddie. Roger received visitation rights.

In 1997, just after her separation from Roger, Missy enrolled in KC's School of Hair Design in Pontotoc, Mississippi, and upon graduation, got a job at Southern Beauty salon in Oxford. She started out as the shampoo girl and worked her way up to become one of the most popular stylists in the shop.

Though Missy didn't make much money, she has saved religiously for Liddie's college fund and has worked extra shifts in order to send Liddie on Science Fair field trips and to art classes.